You are here: Home / News / BLOG POST: THE PUBLIC SECTOR CAN SET THE STANDARD FOR DATA ETHICS

Does ‘Ethics by design’ now have an unwitting champion?

At a recent event on the subject of an ‘Accountable and Democratic Internet’ I ventured the suggestion that the concept of ‘ethics by design’ was widely accepted in principle, but extremely vague in 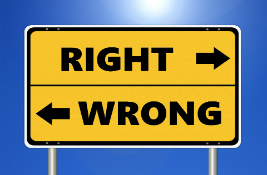 practice. My social science (and personal) hat, I explained, dictated that ethics should be defined – briefly and simply – as a universal acceptance of what is good, just, and a reflection of the world we want to live in. But I also understood that achieving that universality might be difficult, and will be influenced by one’s own personal belief system.

Now the UK government has published its ‘Data Ethics Framework’, containing 7 guiding principles for those working with the public sector. They are all eminently sensible – “start with a clear user need and public benefit”, and “use data that is proportionate to the user need”, for example. They are designed, of course, for application in the public sector only.

But absent commercial considerations they represent principles to which any organisation could aspire. And with so many companies working directly and indirectly for the public sector – witness Facebook’s role in Army recruitment as a case in point – it seems entirely possible that frameworks established by governments will become the norm for wider application. For one thing, good practice would dictate that an ethical use of data would apply consistently, and not just project by project. And secondly, the adoption of such standards would surely act as a stamp of reassurance, of benefit both to the company and client alike. If the effect of this is to create a more practical application of ‘ethics by design’ then that would be helpful indeed.

Details of the UK government’s data ethics framework can be found at: https://www.gov.uk/government/publications/data-ethics-framework

Other useful information at: http://europa.eu/rapid/press-release_IP-18-1381_en.ht